REPRESENTING YOUR FAMILY & YOUR FUTURE GET STARTED TODAY 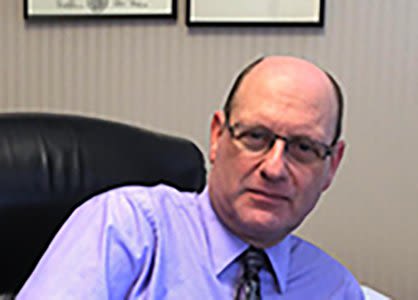 I use a unique combination of honesty and compassion in every case I take on, acting as a buffer between my clients and the legal system. As a criminal defense attorney, I aim to protect my clients from overcharges and negotiate for the option of probation instead of a jail sentence. Within family law, I work hard to win custody for my clients and determine a living situation that will be in the best interest of the child.

When faced with a legal issue, you deserve every opportunity to seek a fair outcome. Start working with an experienced attorney committed to putting your needs first. At Howard L. Lotven, P.C., I’m ready to be your advocate every step of the way.

My approach involves telling clients the good, the bad, and the ugly. You deserve to be fully informed throughout your case.

Presently, I primarily represent clients in criminal/municipal courts and traffic courts, including CDL defense. Throughout my career, I have served on both sides of the courtroom and handled over 10,000 cases. I also have 10 years of experience as a part-time municipal court judge.

In addition to criminal defense, I also advise clients in family law matters such as divorce, paternity, modification of child support, custody and visitation. Contact my office in Kansas City, Missouri, today to request a free 30-minute consultation. I represent clients throughout the area, including Independence, Rock Port, and Lexington.